Blood disorders can be a common complication of living with lupus. One of the most common is called thrombocytopenia – a low platelet count. Thrombocytopenia affects between 20% and 40% of those with SLE and is a good indicator of how life-threating lupus can be. So, it is worth learning more about it!

“Cytopenia” is a general term for the condition when someone has lower than normal blood cell counts. These can be common for those living with lupus and can include insufficient numbers of red blood cells (anemia), certain white blood cells (leukopenia) and those fragments of cells called platelets, which are critical to healthy blood clotting. Platelets are also called “thrombocytes” and so lower than normal platelet counts are called thrombocytopenia, or sometimes immune thrombocytopenia (ITP).

Many of us, unfortunately, look right past the numbers on our blood work. The list of numbers specifically found in our CBC (complete blood count) results can be particularly difficult to interpret. Just so you know, your platelet count should be between 150,000 – 450,000 platelets per microliter of blood. Anything less is considered low.

Thrombocytopenia is estimated to affect between 20% and 40% of those living with lupus – though it rarely causes serious bleeding and is often unnoticed. As a matter of fact, if a person’s thrombocytopenia is mild enough, there is usually no part of the treatment plan that addresses it specifically.

The primary concern is that severe thrombocytopenia is associated with a higher mortality rate among lupus patients and so is something that should be monitored closely!

Thrombocytes, or platelets, are the most important cellular component to how our bodies stop the bleeding process – not just from minor cuts that we normally think about, but also the many microscopic bruises or broken capillaries that commonly occur each day. Without noticing it, just by moving around and living life, we break tiny blood vessels all the time – usually around our joints or in the skin. Often as unnoticed, our bodies seal these breaks through a combination of three steps:

When we apply pressure to a cut, we are giving our bodies some extra help in going through this process. This clotting process is called coagulation or thrombosis, and because it is so complex, there are many things that can go wrong. Hemophilia is probably the most well-known of the blood clotting disorders.

So what are platelets and how do they work?

Though platelets are usually called blood “cells,” they are not really cells in the same sense as red and white blood cells. They are actually just fragments of cells that are produced by megakaryocytes, large cells that sit in your bone marrow and constantly shed these cellular fragments into your circulating blood.

Platelets are very small. As mentioned earlier, a healthy platelet count is considered between 150,000 – 450,000 platelets per microliter of blood.

Platelets spend most of their time moving around the blood stream, minding their own business. Then, when a break in a blood vessel occurs, they change their shape from being somewhat rounded, to becoming pointy. Other chemicals are produced that make these spiny platelets stick together and they rapidly produce a plug that should initially seal the break.

Ideally, this platelet plug acts as a temporary “band aid” and as the injury starts to heal, the plug slowly dissolves away and is replaced by a more complete clot of fibrous proteins and an eventual scab.

What happens to platelets with lupus?

There are a number of reasons why someone living with lupus can have a low platelet count. The most common is due to roughly the same autoimmune mechanisms that cause inflammation and other tissue damage – the production of autoantibodies that attack platelets themselves. This process can occur early on. For example, it has been estimated that thrombocytopenia can occur months or even up to 10 years before lupus is even diagnosed, and it is the first symptom of SLE in approximately 16% of lupus patients.

Some lupus medications have been known to cause low platelet counts, including azathioprine, methotrexate, and very rarely, hydroxychloroquine.

Other medical conditions that can be associated with lupus and cause low platelet counts are:

How significant is thrombocytopenia for those living with lupus?

Perhaps most importantly, thrombocytopenia is an important prognosis tool for lupus. Several studies have shown that low platelet count is one of the most important indicators of mortality for patients with SLE, and it is a good quantitative and “independent” indicator of the effectiveness of treat plans. 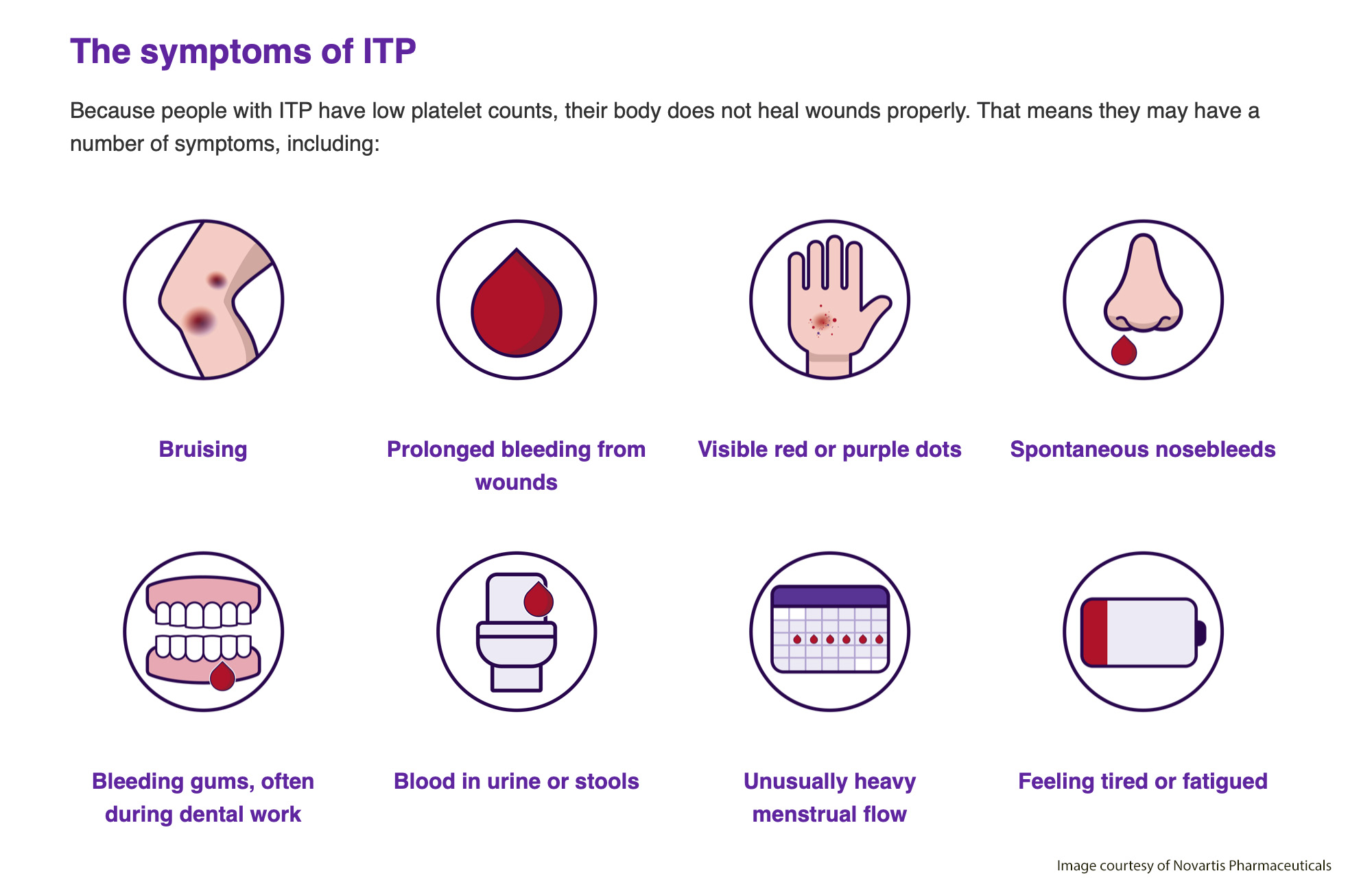 What can be done about thrombocytopenia?

Low platelet count in those with lupus is usually treated by whichever therapy reduces the overall SLE disease state and the incidence of flares. There is rarely a need for specific medications for the thrombocytopenia itself, and usually these treatments involve the same conventional therapies that patients are already using. These include:

Also, it is important to prevent infections as much as possible, since they can trigger more severe thrombocytopenias.

Thrombocytopenia may not be the most significant condition that you face with lupus, but it is one that can have hidden effects on your health … and it is one of the most important indicators of overall mortality in SLE patients. It is one of the numbers listed on your blood tests that are worth the extra effort to learn more about. As with any other symptom or lab result, make sure you ask you healthcare provider to explain anything that is confusing and as to whether it is being addressed in your treatment plan.

Ultimately, sticking to your treatment plan and taking your medications consistently are the best ways to make sure thrombocytopenia does not become a problem!

Professor Dardis was formerly the Chair of the Science Department at Marylhurst University and is currently an Assistant Professor at Portland State University. His focus has been human biology and physiology with an interest in autoimmunity.
All images unless otherwise noted are property of and were created by Kaleidoscope Fighting Lupus. To use one of these images, please contact us at [email protected] for written permission; image credit and link-back must be given to Kaleidoscope Fighting Lupus.